Note: WEM does not replace Citrix Profile Management. You usually implement both.

Citrix Blog Post User Experience on Steroids: Citrix Workspace Environment Management has a list of Frequently Asked Questions about WEM, including a drawing of the architecture. 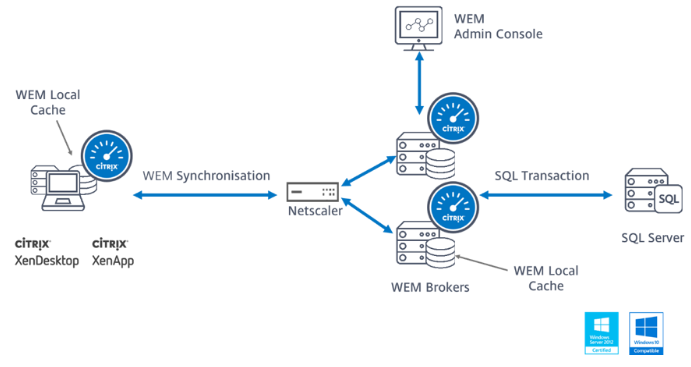 From Hal Lange at Database sizing at Citrix Discussions: SQL Always On is fully supported.  In WEM 1909 and older, the ONE caveat is to remove from the Always On Availability Group before upgrading.

Here are the official calculations from the Norskale days on space needed on the SQL Server:

There is no LTSR version of Citrix Workspace Environment Management (WEM), so you should always upgrade to the latest version of WEM.

From Upgrade a deployment at Citrix Docs: In-place upgrades from versions earlier than Workspace Environment Management 4.7 to version 1808 or later are not supported. To upgrade from any of those earlier versions, you need to upgrade to version 4.7 first and then upgrade to the target version.

There is no LTSR version of Citrix Workspace Environment Management (WEM), so you should always upgrade to the latest version of WEM.

After the database is upgraded, run the WEM Infrastructure Service Configuration Utility.

To create the database using the GUI tool:

In WEM 4.3, Sites was renamed to Configuration Sets.

WEM 1909 and newer can Migrate your Group Policies to WEM. CTP James Kindon at Migrating GPO settings to WEM explains this feature in detail.

From Citrix Discussions: create a computer startup script that deletes the WEM cache and refreshes it:

From CTA David Ott at Using Citrix Workspace Environment Management to Redirect Folders via Symbolic Links – Speed Up Logon: before shutting down your maintenance/private mode vdisk to re-seal, kill the Citrix WEM Agent Host Service or Norskale Agent Host Service. For whatever reason if you don’t do this it can cause your vms in standard mode to take an obscenely long time to shutdown. 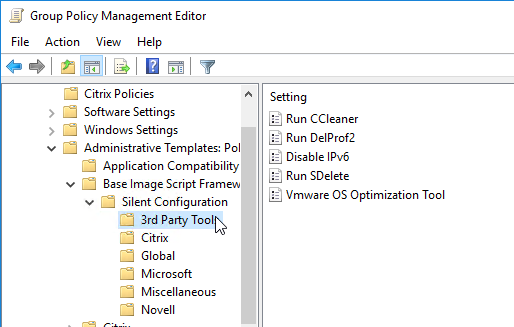 The general process is as follows: 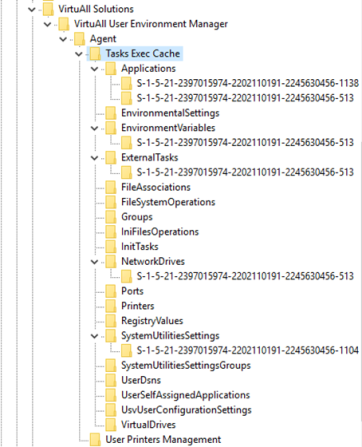 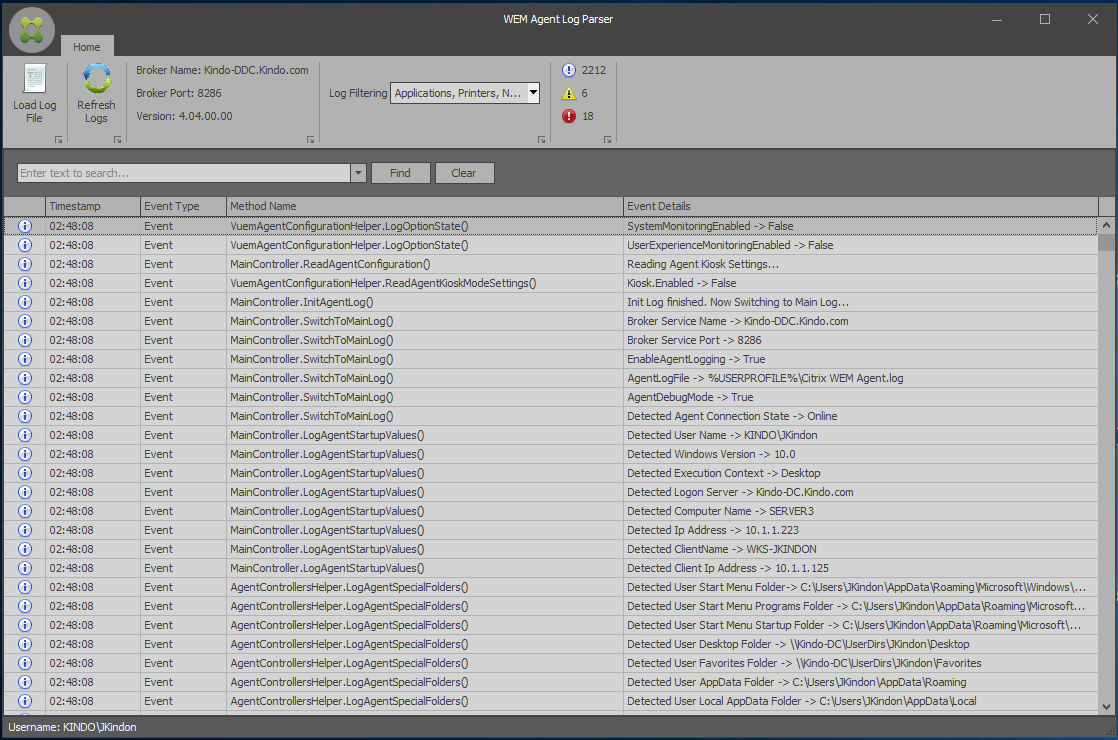 In WEM 4.1 and newer, you can enable Transformer, which puts the WEM Agent in Kiosk mode. Users can only launch icons (e.g. Citrix icons). Everything else is hidden. This is an alternative to Receiver Desktop Lock. The Transformer interface is customizable. Note: desktops currently will not auto-launch from Transformer.